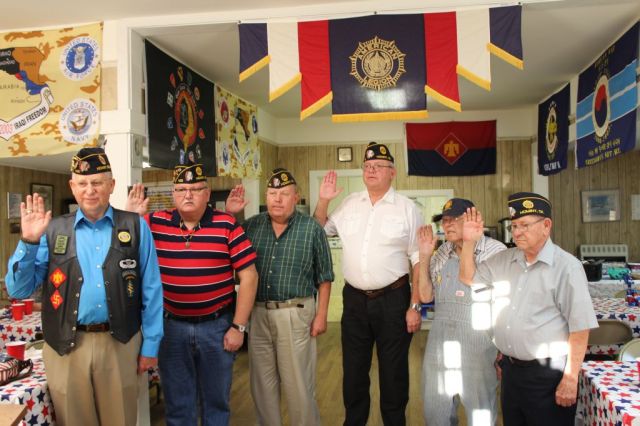 Hominy Post 142 of the American Legion. and Unit 142 of the American Legion Auxiliary, held their annual installation dinner last Friday, August 14th at the Legion Hut in Hominy. USAF veteran Jerry Sebert with the Legion cooked up ribs and chicken and the Auxiliary members and spouses brought sides and deserts which were enjoyed by the 20 members/guests in attendance. 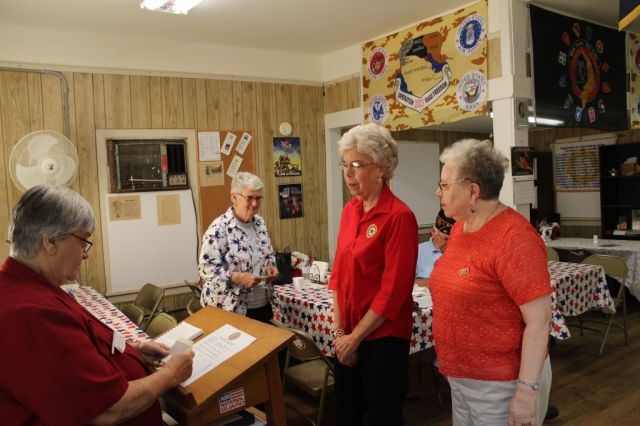 Jack Cross membership director for Post 142 was presented with an Award Plaque and Unit Streamer for 100% membership renewal turned in by December 31st of last year. This is the first year the Hominy Post has received a Unit Streamer to be attached to the Legion flag. 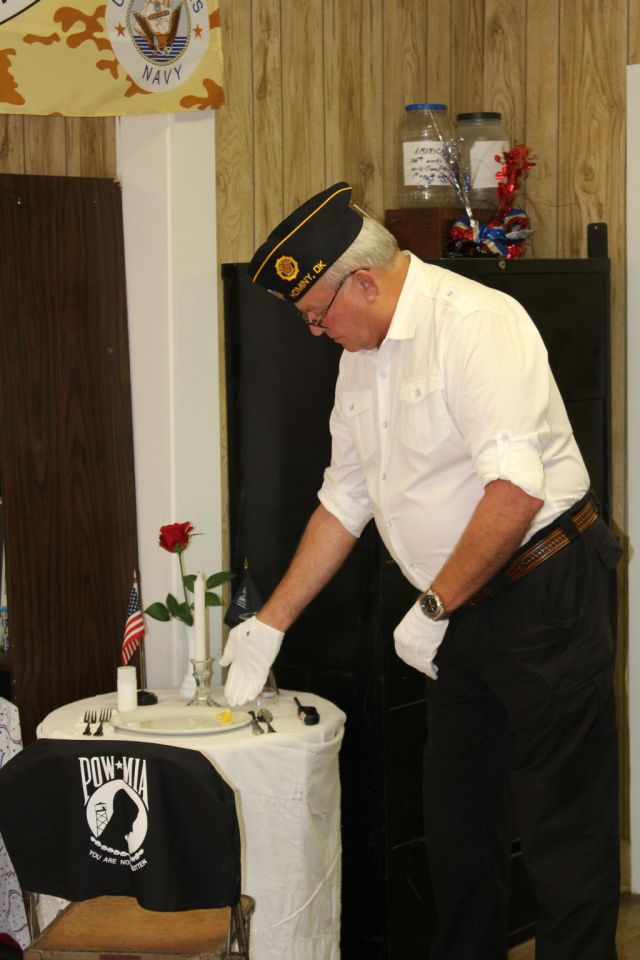 Commander Charles O’Leary and Vice-Commander Steve Swinford conducted a formal POW-MIA Memorial Table ceremony during the installation, remembering those who are still missing in conflicts and could not be present.

A good time was had by all!