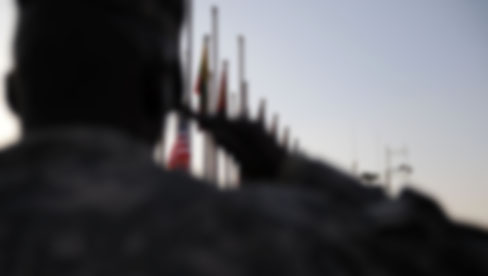 >>>From the National Organization

The American Legion is disappointed with the “tepid” stand taken by House and Senate Veterans Affairs’ Committee leaders against federal budget cuts that would compromise the welfare of military veterans.

On Oct. 18, a letter to the Joint Select Committee on Deficit Reduction (the “supercommittee”) signed by the chairmen and ranking members of the House and Senate panels was released. It contained provisions that disturbed Legion officials. While the letter opens with the statement, “Never before in times of fiscal crisis have we balanced the budget on the backs of America’s veterans, and we should not do so now,” attachments to the letter propose a number of budget cuts directed at the Department of Veterans Affairs, some of which, according the Legion, contradict that statement.

The cuts proposed in the joint letter include elimination or reduction to a number of benefits, including pension, disability compensation and education payments. Under pressure from The American Legion and other veterans advocates, many of the measures have been defeated in the past. Others, says the Legion, fail to generate enough savings to be worthwhile.

“Everyone appreciates the financial difficulties our nation is enduring and the hard economic choices our lawmakers must make,” American Legion National Commander Fang A. Wong said. “However, as I said in congressional testimony on September 21st, Congress must also realize that veterans and military benefits must not be the first stop in the search for budget cuts. Surely our nation’s defenders deserve a more vigorous defense of the benefits they have earned through their hard service and sacrifice. “Frankly, I am shocked by the apparent ease with which our veterans advocates have compromised on the promises they made to me personally during our recent talks,” Wong added, referencing recent private meetings he had with House Veterans’ Affairs Committee chairman Jeff Miller and Senate Veterans’ Affairs Committee chairman Patty Murray, both signatories to the letter in question.

“Admittedly, a few of the waste-eliminating proposals make sense, but from our point of view, hard budget cuts or reductions in or eliminations of current benefits do not,” Wong said.

“The tepid statement that ‘we should not balance the budget on the backs of veterans’ simply does not square with some of the harsh, cost-cutting measures the House and Senate Veterans’ Affairs Committee leaders suggest.”

Legion leaders say they plan to draft a strong and detailed response to the proposals submitted to the “supercommittee.” Recently, The American Legion’s board of directors warned that proposed fiscal cuts to the Department of Defense and VA would not only hurt the economy, but would also do “irreversible and irreparable harm to the military capability of the U.S. to defend the nation…”

On Oct. 12, The American Legion’s National Executive Committee unanimously passed an official statement that the Legion “encourages Congress and the administration to cease all efforts to reduce the defense budget from its current level.”

At the time, Legion officials indicated that they were extremely concerned about the work of the congressional “supercommitee,” which is charged with identifying $1.2 trillion to $1.5 trillion in overall federal deficit reductions over 10 years. If the bi-partisan group does not agree to a plan by Nov. 23, automatic spending cuts are triggered, including $1 trillion in defense spending.